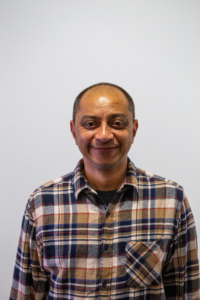 He became a Licentiate Member of The Landscape Institute in 2009 and holds a Post Graduate Diploma in Landscape Architecture from Leeds Metropolitan University after 11 years of studying and working in Architecture.

Hussein has been directly involved in community engagement for the Princes Avenue STEPS scheme which won the LCR Culture & Creativity Award for Environmental Sustainability, through promoting community-led public art and involvement in the public consultations & forums and community workshops.

Hussein has a particular skill in working with Engineers and Architects on complex projects such as the 3km long Colwyn Bay Waterfront Regeneration Scheme, and numerous roof terrace/ podium schemes on Build to Rent and Social housing schemes in London, Brighton, Bristol and Southampton, from inception to completion.