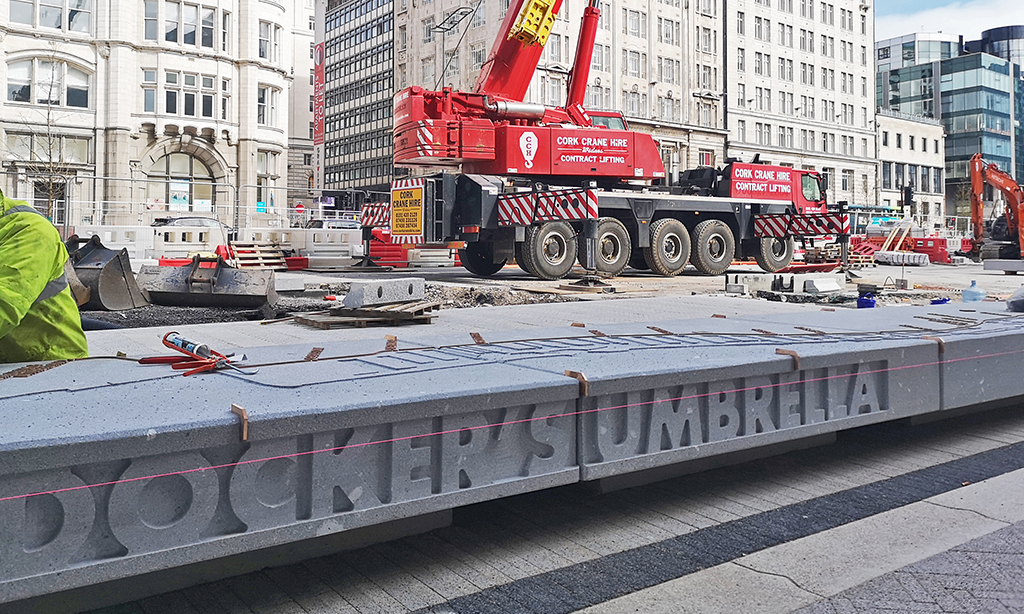 A new stone and bronze interpretative celebration of Liverpool’s world famous Dockers Umbrella – designed by BCA Landscape – has just been craned in to place in the position of the original Overhead Railway Pier Head Station.

By 1880, Liverpool’s dock network was virtually complete. So too was the congestion along the Dock Road, as carriages, omnibuses, lorries, carts and drays all plied the route.

An elevated railway had been proposed as early as 1852 but came to nothing. In 1888 the Liverpool Overhead Railway Company was formed and the world’s first electric elevated railway opened along the waterfront in 1893. The new segregated waterfront cycleway will follow the old railway route.

Find out more about the project here